The stormy weather was not enough to stopped me from attending S2 Games and Asiasoft’s Strife tour held at BGC, Makati City a week ago, here in the Philippines. I am not a multiplayer online battle arena ("MOBA") gamer (a.k.a. DotA-type or 3-corridor online game) and the hype about Strife being a newbie-friendly game caught my attention.

Was all the hype true? Or were it all just another marketing strategy for a new MOBA? 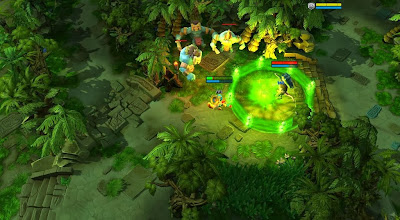 S2 Games was one of the pioneering game development company that took the GNU/Linux operating system seriously by releasing native Linux clients for all their games and continually provided support. This was one of the selling point, for me, of the company. They’re serious about developing games for all gamers.

Their years of experience, including the lessons they learned from their first MOBA game, Heroes of Newearth, gave birth to Strife, during a time when the industry was already filled by mostly similar MOBA or DotA-type or 3-Way Corrider (take your pick) games. They got to have something different, right?

In many networked games, especially online, it’s not the mobs or the game that the player first declares war, it is looting rewards. A lot have been tried–first hit, last hit, some random-hard-to-make-sense computation. The better option, if not the best, has always been sharing loot.

In Strife, if a player is solo on a lane/corridor and killed a creep (as they call it), half of the gold earned goes to the player, and the rest of it is shared among his teammates. If there are other members within range of the kill, the gold is evenly distributed only to them. However, your side must be the last-hit.

This way, teammates no longer have to fight amongst themselves for loot. Everyone can concentrate on defeating the enemy.

Heroes of Newerth, originally started as a subscription-based MOBA game, which later was switched to the free-to-play model. Strife will be on free-to-play with an item shop where players can buy stuff like regeneration items, teleportation boots, vanity items, dyes, and the usual items that will not affect the gameplay in such a way that it becomes a pay-to-win.

Personally, I do not have problems with pay-to-win type of items as long as these are balanced out in-game. For example, what can be easily bought by players with real money to spend can also be acquired in-game. A lot of developers thought of different ways to put a balance to this. But that’s just me.

Strife will not have pay-to-win items.

In Strife, each hero have a pet that adds additional attributes to your hero. Something that doesn’t exist in any other MOBA games.

As with any other game with a crafting system, items crafted obviously enhances a character’s stats depending on what you crafted. For a MOBA game, this could change the tide of war.

Planned to be added in the future, a built-in voice chat is something that evens the field. Most gamers find it hard to setup third-party voice chat like Mumble, Teamspeak, or Ventrilo, or choose a bad service/software like Skype (which was not made for games). Usually, those that can chat have the advantage.

By having a built-in voice chat system, all players who choose or activates the system can speak to and hear each other. I only hope that the voice chat elitists will not dominate the game. “Turn your voice chat or get voted down.” 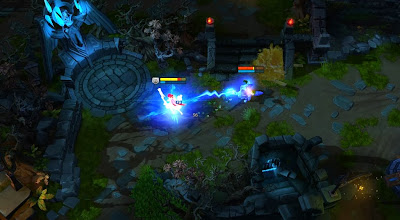 Speaking of “get voted down", in Strife, one of the main objective of S2 Games was to lessen–if not elimiate–toxicity. One example of toxicity is trash-talking. At every end of a match, teammates can rank each other. If you get downvoted a lot, you begin to rank up in the naughty list. This will give you less rewards after a game to possibly, none-at-all.

I am not sure how this will work as this was something not yet available in the preview games provided. Yes, players will abuse it but then again, the developers are gamers themselves, they probably have thought about it already.

Well, what can I say, I love the graphics. It’s clean and simple. Smooth. Looks like a pastel art. It’s not realistic and not cartoony. It’s soft in the eyes. It is just perfect for a game targeted for non-MOBA gamers. Which was one of the reasons why I do not play MOBA games, I get distracted by the beautiful and detailed graphics of the game.

Those are the things that I like with Strife. Again, as I am not a MOBA gamer, though I did play Heroes of Newerth–just because it’s an S2 Games title (and have a native Linux client)–I never did stay longer than a month or two. With Strife, I’ll no doubt play regularly, in Linux only definitely. 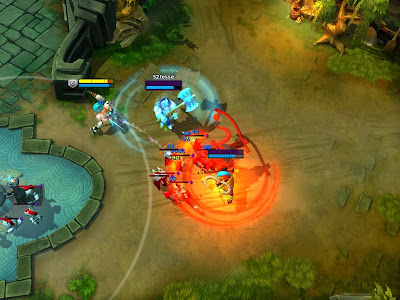 I have ten (10) Strife Beta keys to give away with comics too. Here are the details.

Keys: 3 to be given away.
Deadline:

Contest 2: Why Do You Want to Play Strife?

Keys: 4 to be given away.
Deadline:

Keys: 3 to be given away
Deadline: