Secret Maryo Chronicles is an Open-Source two-dimensional platform game with a style designed similar to classic side-scroller games. It uses the platform independent library SDL and, since version 0.98, the OpenGL accelerated Graphics Renderer. The game is developed in C++.

I was looking for a FLOSS version, clone, or adaptation of Nintendo®’s Super Mario Bros.™, the first console game I played with my first and only console platform - the Nintendo Family Computer (released 1984 in the Philippines, after the massive product recall of the first version). I found Tux-related versions, however, as cute as Penguins are and a Linux user myself, I still want something closer to the original ‘SMB’. I found Secret Maryo Chronicles.

Secret Maryo Chronicles or SMC was inspired by SMB, instead of creating a FLOSS remake they created a completely new one using C++ as the underlying language and OpenGL as its graphics engine. They used sprites from SMB in the past versions but they are replacing these with new ones as they become available (you can help). The game is familiar and yet more challenging. Just like SMB, it is a 2D side-scroller game, you run, you jump, you bump or break boxes and woods, collect coins, name it. What makes SMC different are the new features.

There is now a Blue Mushroom that will transform Maryo into an Ice Maryo and shoot up Iceballs. Mobs immune to Fireballs will be frozen (and killed) with Iceballs. There is also the Ghost Mushroom that turns Maryo into a Ghost - hidden to all Enemies, which will also enable Maryo to see hidden Ghost Blocks which takes you to hidden areas and other valuable items. There is also the Moon which gives 3 Lives (very hard to acquire one tho).

Create your own World and Levels

For the Level Designers or those who wants to learn to be one, just press F8 to open the SMC Level/World Editor. Serious Level Designers can submit their levels to SMC and if approved, will eventually be added to the game or as a downloadable from the website. The power of the Community maximized in SMC. There are many Community created levels in SMC, some are fun and easy while others are very challenging.

For adding original ideas, letting the Community take part in its development (no, not just in the code itself but in the Levels), and the BGMs, I give SMC 9 out of 10 Stars. However, I think SMC need more ‘SMC’ BGMs instead of ‘SMB’ remixes, other than that, it is a must installed game to every PC in the world.

These are but a few of what Secret Maryo Chronicles has to offer, and being a FLOSS Game, we can only expect more exciting features, levels, and FUN as development continues. This is one of the many FLOSS Games that are being actively developed, so there is no worry about the project dying out in a few months or years (and I doubt a game like SMC will just disappear and forgotten). 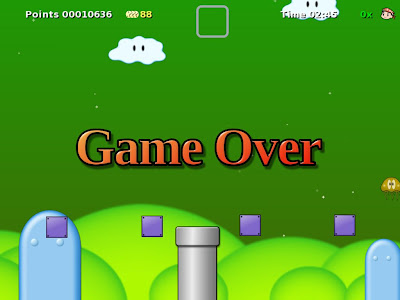