Lord of Ultima™ is the latest browser online game from Electronic Arts®, developed by Phenomic®. It is a browser-based, time-based strategy MMOG, an empire building game.

But despite its title and the typography of the word “Ultima", it is not related to Richard Garriott’s popular RPG franchise Ultima or Ultima Online - not at all. I am telling you that early to save you from disappointment not like the lot of us currently playing this game. 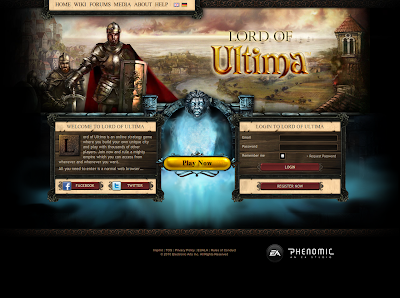 However, there is a story that links Lord of Ultima™ to Ultima Online for those who love lores. The story goes like this: Time has passed in the Ultima Online universe, Sosaria (meaning, the whole of it and not just Britannia), was further shattered into islands, countless of islands, until it became just another part of history, a legend, forgotten, torn from its place in time.

Upon a vast ocean rises a new world, it was called Caledonia. From Sosaria’s ashes comes a new land to be conquered. From the kingdom of Britannia comes the dreams of many to re-establish a new kingdom. But only the most cunning, the strongest, and the wealthiest can come out as the new ruler of this new world. That is your goal, to become the new lord of Ultima.

Interesting? Well, lore-wise it is but if you are not into strategy games you probably will not enjoy this one.

The player is given a patch of land where he is the “lord” of that city (more appropriately “kingdom"). There are resources in every kingdom, these are: Wood, Stone, Iron, and Food. You as the lord will need a lot (I can not stress that enough) of each of these resources specially stone and wood. These resources are your building blocks - for your buildings and of your units. 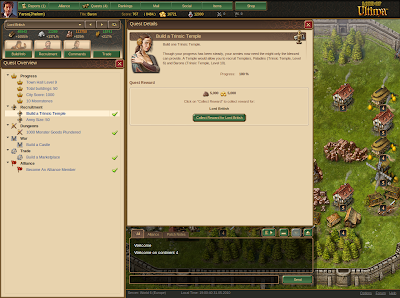 On your first login, Lady Lyanna will teach you how to play the game by guiding you which buildings to build first while explaining the different functions and features of the game. Do not ever skip it even if you already know how to play the game, she gives you rewards for every instruction that you follow. Though small, but these helps you build your city and turn it into a kingdom.

As you gather resources, you will be able to level up your buildings. At the beginning you will have a very limited list of buildings to build, you have to upgrade your Town Hall. New buildings are unlocked for every Town Hall level, and you have to do it fast if you can before your seven days of immunity from raiding runs out.

From there, you should start building your military force. Upgrade your wall too for defense and build towers on your wall for additional defense and offense support. You can also send your military units abroad for an adventure like killing bosses which will give you a special item if you killed it. Or, just buy other useful items from the item mall. 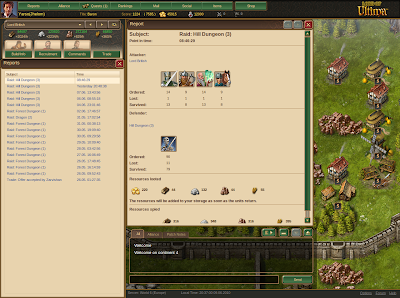 That is basically the idea of LoU. You build your capital, build a new city or conquer someone else’s city, join or create an alliance, and make your empire the most formidable in your server.. or shard as it is called in Ultima Online.

It is a time-based strategy game so expect the gameplay to be slow, this is specially true once your buildings are on the levels 7 and up. Be sure to strategized your buildings as well to maximize the time that is passing while waiting for some building to finish an upgrade. 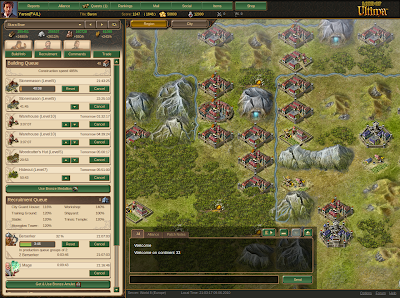 Grade: 8.2 out of 10. If you are into time-based strategy game, this is a recommended game for you. Become a lord of Ultima by signing-up at www.lordofultima.com.