ArenaNet’s Guild Wars 2 has been out for a month for Microsoft® Windows™ gamers. A week ago, ANet released a Mac client, currently in public beta (the client, not the game), saying that:

Bringing Guild Wars 2 to the Mac is huge for us, because it introduces the game to an entire group of players who are often ignored by game developers.

That is the reason why Linux gamers are very used to using WINE (it means: WINE Is Not an Emulator - contrary to what the mass public tells you). We find ways and we work together to make Windows-based and/or/both Mac-based games run in Linux.

So for Guild Wars 2, here is a step-by-step guide to make the game work under GNU/Linux. 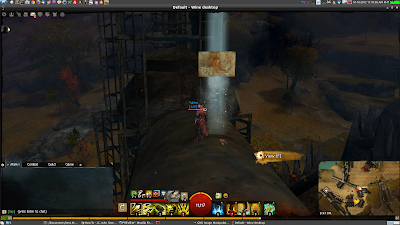 As always, before we begin, the platform this guide was based and tested on are the following:

If you have a different Ubuntu flavour (like Kubuntu, Xubuntu, Linux Mint) it should work but do expect to do some changes. If you have a different distro like Debian, OpenSUSE, Fedora, CentOS, I admit that I won’t be of much help (because I don’t have an extra machine or partition running any of those) but the tutorial should still be pratically the same.

With that said, let’s begin so we can start playing Guild Wars 2 in Linux. 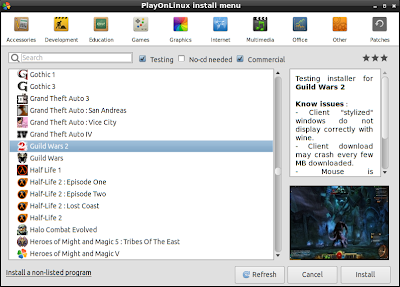