When we talk about Massively Multiplayer Online Games the gaming generation of today will think about MMOGs like World of Warcraft, Lineage II, Runes of Magic, Age of Conan, Warhammer Online, and many other similar online games. For gamers like me, who were on the scene since the 90s, today’s MMOGs are miles apart from what it used to be like. Many will agree that it lacks immersion, social functions, and realism. 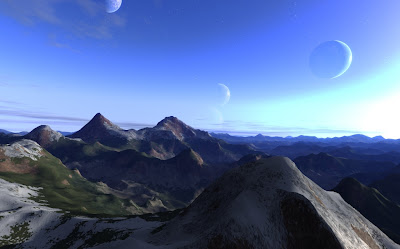 For many, the last true MMOG was Richard Garriott’s Ultima Online (not EA’s Ultima Online). This is what the industry calls today as a sandbox MMOG acronymed as “sbMMOG” or “sbxMMOG” ("sandMMOG” is also correct but I prefer the shortest one).

What is a sandbox MMOG?

It is not easy to define what a sandbox MMOG is. Ask different people and they will give you different answers. The difference always lies with what each person considers a “sandbox” - the criteria or checklist. Here’s how I define an sbMMOG.

A sandbox MMOG is a Massively Multiplayer Online Game that enables the gamers to be who they want to be in a virtual world. They have the tools they need to create their own unique items, develop a new spell, build a house, found a city or a kingdom. The players are also the ones who create the story of the world, they make history with their every action. Every decision of an individual affects the greater whole.

In bulleted format… a sandbox MMOG

An sbMMOG gives the players the ability to invent new items in the world. For example, a particular guild can come up with a unique, magical imbued armour set that only their members can wear. Or a tyrant queen in a far distant land can create a mind-control ring every 2nd full moon.

This ability introduces an aspect that today’s linear MMOGs, or more appropriately called themepark MMOGs, are missing - player creativity and to an extent - identity and ownership. Another good example is player housing.

By allowing the gamers to build their own houses, social interaction is added into the virtual world in a level that is not possible in most themepark MMOGs. As their group of friends starts to grow and build houses together, it becomes a town or a city. Eventually they will have to establish some form of government and security measures, their town’s existence is already attracting attention from other players and are probably already planning on conquering them or loot them one fateful night.

If they are successful, they will attract more citizens to join their town to the point that it becomes a kingdom. They now have to choose a new form of government: electoral or monarchy? Their community must decide for themselves not the game mechanics, not the game developers.

Their decisions can spell their doom or bring them to even more greater heights. Their cooperation or lack-thereof can be the formula to spell their own destruction. They can even go to war, conquer other lands, towns, and kingdoms. Every decision matters, every decision affects not just their own community and immediate area but the whole game world itself. Their existence alone could have tipped the political balance of power to a dangerous level that could spark a world war. 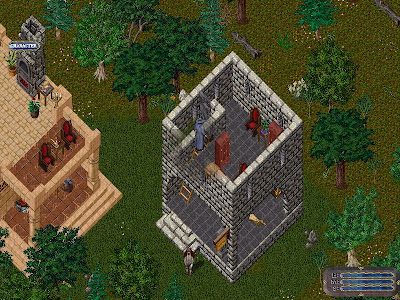 A Classless / skills-based system and A Supply-and-Demand Economy

I love this. I first encountered this in Ultima Online and I’ve missed it a lot. A Classless / Skills-based system goes hand-in-hand with a supply-and-demand economy. Since in an sbMMOG players can be who they want to be, they can choose which skills they want to learn and eventually master.

Example, I want to be a master woodcrafter, I will need to learn how to use the tools for woodcrafting. That is a skill. As I go along, I have to earn my living so I have to sell what I have crafted to a merchant (player or NPC). The easiest way to sell is with an NPC, to make the best out of it, I have to learn how to barter, another skill!

Now using the gold I have earned, I can buy better and higher quality woods from an NPC or a player. But one day there was nothing to buy. The NPC supplies were depleted and no players are selling woods either. I decided to learn how to use an axe - another skill again. So I can chop the trees around me - treechopping skill!

I now have more than enough to create new materials to sell. I also have a surplus of wood which the NPC will gladly buy from me. By now I decided to sell to the NPC my crafted tools, weapons, and shield, as well as my surplus of wood. Since I learned more about bartering, I was able to get more from the NPC than I did before. (And I don’t need to buy wood from him too!)

This particular NPC will then adjust his pricing because he is now getting a regular supply of his wares. The demand can go higher because he’s selling it cheaper, and I will increase my supply in turn or maybe lower it so I can drive the prices high! Or one day I can just go out of my comfort zone, travel out there in the world and find another NPC that will offer a mugh higher price for my wares and wood supply. The NPC near my home now have a competition but both are getting their supplies from me.

While the players themselves refuse to buy from me (or I chose to hide from them), they buy from these two NPCs that in a way, I work with. But don’t get too confident, the NPCs can run out of gold too

That’s just how the system goes. Later I can decide to take up arms and study swordmanship so I can one day become a knight-in-shining-armour and rescue some damsel in distress and live happily ever after… or maybe not because she’s the daughter of some king and I only earned his anger that he posted my face in every town in his kingdom because he refuses for her lovely, charming daughter to have a woodcrafter for a husband. So here I am, back to where I started, living in seclusion, woodcrafting. 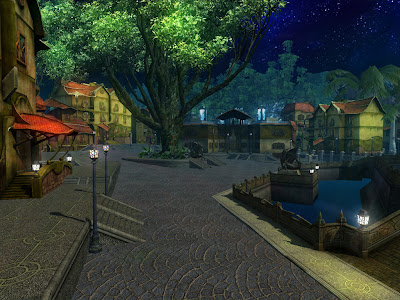 On no respawning and quests

For the most part, the boss-level mobs and NPCs of course. Wilderness mobs or say a castle guard are usually not that vital, respawning can work for these - but if a game developer is willing to make every mob and NPC unique, then that is awesome!

But why no respawning? Major reason: mob camping. In an sbMMOG when we are given a quest to kill a dragon that chose to make a mining cave his lair, a kill is a kill. The dragon stays dead, the quest is over, it disappears, no one can take it again. It then goes down in history that you and whoever were with you, killed the dragon that stopped the mining operation of the kingdom. You get paid, and they remember you too (you might get a missive one day asking for your help again, with a bigger pay!)

If again another dragon chose to make the mining cave his lair, then that is a different dragon. Maybe in dragonland, they learned about that cave, so a new quest pops-up asking anyone brave enough or broke to death or dreaming of winning the hand of the king’s daughter, to travel to dragonland and talk to these magnificent creatures or worst kill all the dragons (and change the world forever). Or maybe the dragons are protecting something underneath the cave, so a new quest asks you to investigate. Upon learning what it is, your action upon your discovery can again lead to different chain of events.

It could be anything. Nothing repeats. Each quest is unique. Each “event” is different. What worked before may not work again. There are no strategies to read from some forum or guild site that everyone can duplicate so they too can kill the boss-mob and claim progression. Progression in an sbMMOG is literally a progression - no checklists to check.

Quests can even be player-generated. If given a tool, a player can create a quest and placed it on a particular NPC, probably this NPC is his own personal merchant or his own personal house guard. Then any player who happens to cross that NPC can take the quest and get rewarded (or punished). Or maybe the player him/herself is the quest giver, which makes it even more exciting because s/he could be traveling around the world! It could be anything, it can come from anyone. Our imagination is the limit, not the developer’s.

The question now: Is it for hardcore players only?

The hardcore-ness (if there’s such a word) of a sandbox MMOG depends on the game itself. For example, Darkfall and Mortal Online are both Open-World PvP sbMMOGs. If you’re not into PvP then it will be hard for you to enjoy the game and you’ll probably brand it as “hardcore". But take a look at Ultima Online, there are two worlds within one shard/server - the original non-PvP world and a PvP-enabled world. Would you consider it hardcore?

But how about the time that a game will consume just to enjoy it or to achieve something that we can brag about? Do you play World of Warcraft, Guild Wars, and/or Runes of Magic? Do you join any raid sessions regularly? It takes a lot of time right? So does that make the game “hardcore"?

Hardcore is best defined as a level where one has to learn almost everything about the game. Its mechanics and how it works, knowing the computations, discovering the perfect strategy, and mastering the gameplay. That is hardcore. Like EVE Online but not Ultima Online. 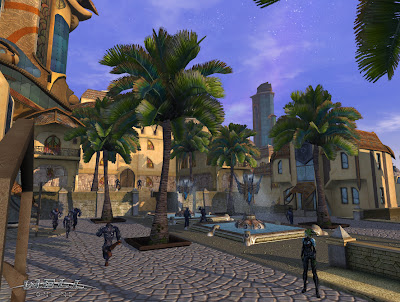 The final question: Is there a true sandbox MMOG?

Again, it depends on who you ask and what their defition of a sandbox MMOG is. For me, Ultima Online fits the bill perfectly. I believe many will agree that there hasn’t been any true spiritual successor to RG’s UO (again not EA’s UO). The developers of Mortal Online is claiming that they are the spiritual successor of RG’s UO and from what I have seen so far, RG’s UO players agree with their statement.

I can not confirm it myself yet as I haven’t played the game. I am looking forward into playing Mortal Online and see for myself if they are indeed the spiritual successor of Richard Garriott’s Ultima Online. For now, I’m going to continue searching and testing other sandbox MMOGs. I’m tired playing themepark MMOGs, they are already very boring.