CardMon Hero - the Newest Game in the Country 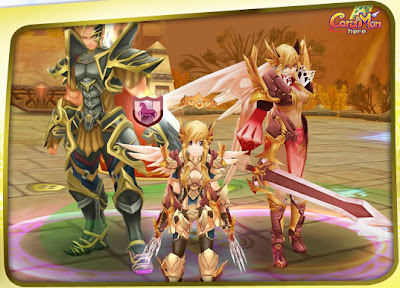 What is CardMon? Hero? It is a one-of-a-kind massively multiplayer online role-playing game that incorporates a card summoning system in a free-to-play MMORPG. The game features a card battle system which allows players to summon various mercenary allies to assist them in battle.

Players take on the role of a Hero with a set of Mercenaries which are all fully customizable through a full-features crafting system. With this, the card system provides players the freedom of experiencing a very distinctive gaming escapade with cards that just can’t be found anywhere.

There are numerous quests inside and leveling won’t be a drag due to very little grind. Heroes can assemble their very own deck of mercenary cards to guard them against the evil that has entered Aria.

CardMon Hero is based on the popular Korean free-to-play MMORPG Camon Battle, opened to a global audience and rebadged as Cardmon Hero.

Developed by T3 Entertainment popular for their hugely successful Audition online dance game. With offices in Korea, the United Kingdom, China, Taiwan, and Japan, and with over 300 million current users worldwide.

To get a piece of T3’s newest game in the Philippines, just visit the official website at: cardmon.t3fun.com.